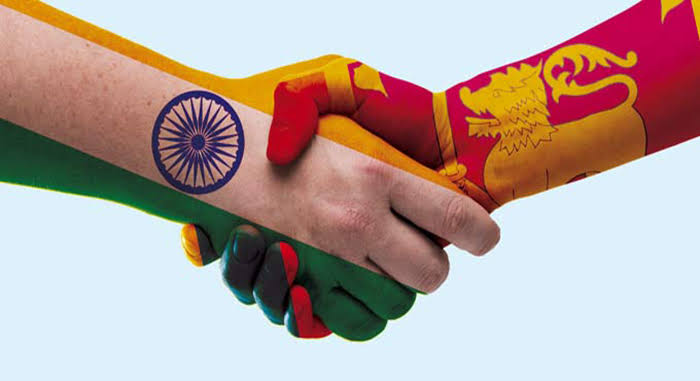 New Delhi: India became the first country to hand-over its letter of support for financing and debt restructuring of Sri Lanka to the International Monetary Fund in a sign of its continued support for the island nation’s economic recovery. In 2022, India provided $4.5 billion in assistance to Colombo to tide over its dire economic situation.

While China is expected to hand over its letter of support to IMF on Sunday, New Delhi handed over its support letter to IMF on January 16, four days before External Affairs Minister S Jaishankar landed in Colombo to meet Sri Lanka’s political leadership on January 20. During his meetings with Sri Lankan leaders including President Ranil Wickremesinghe, Jaishankar made it clear that India stands with its neighbour at a time of need and is prepared to go the extra mile if the need arises. The minister said his visit to Sri Lanka was a demonstration of Prime Minister Narendra Modi’s neighborhood-first policy.

In the letter of support to IMF, addressed to IMF Managing Director Ms. Kristalina Georgieva, India’s finance ministry acknowledged Sri Lanka’s deeply unsustainable debt situation, the country’s engagement with creditors to restore debt sustainability, and confirmed its strong support to Colombo’s prospective extended finance facility supported program. New Delhi has made it clear that it is committed to supporting Sri Lanka with financing/debt relief consistent with restoring that country’s public debt sustainability under the IMF supported program and ensuring that the program is fully financed as projected by the Bretton Woods Institution. The Modi government has conveyed that this financing/debt relief will be provided by the Export Import Bank of India.

Despite the fact that Sri Lanka’s economic crisis is partly due to white elephant infrastructure port and airport projects financed by high interest loans from Chinese banks, India has come out first in supporting Colombo, which is battling both economic and political turmoil.

In its letter to IMF, India has conveyed that it is committed to continuing negotiations with the Sri Lankan government along with the Paris Club on a medium- to long-term debt restructuring through maturity extension and interest rate reduction or any other financial instrument that can deliver similar debt relief.

The financing-cum-debt relief provided by EXIM Bank of India will be consistent with restoring debt sustainability under the IMF supported program. The Modi government has been told that the IMF’s debt sustainability assessment will be underpinned by program targets of reducing the ratio of Sri Lankan public debt to GDP to below 95% by 2032 (from 130% in 2022), the central government’s annual gross financing needs below 13% of GDP on average in 2027-2032 period, and the Sri Lankan government’s annual foreign currency debt service below 4.5% of GDP in every year during the above time frame. The other target is to close the external financing gap of the island nation.

India has made it clear to IMF that Sri Lankan authorities are expected to seek equitable debt treatments from all commercial creditors as well as official bilateral creditors, apart from adequate financing contributions from the multilateral development banks.

Supporting IMF efforts on the above, India has conveyed its readiness to have in-depth talks with the Sri Lankan government, IMF and the Paris Club so that debt relief and finances are finalized for the beleaguered island nation in coming weeks.