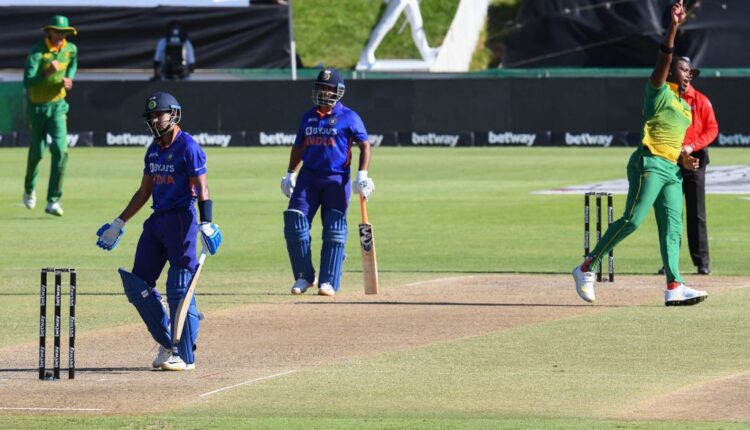 Paarl: With the series on the line, India will be looking to bounce back in the second ODI of the three-match series against South Africa in Paarl.

India will have a lot to ponder after succumbing to a 31-run defeat against the Proteas in the first ODI. South Africa outclassed the visitors in all three departments of the game, but India are still a very strong side and will be looking to make a comeback in this do-or-die clash.

There may be some changes in the Indian line-up, though. Most of the bowlers, apart from Jasprit Bumrah, went for runs on a track which had a lot of help for them.

India also went with a very thin lower middle-order in the last match with an inexperienced Venkatesh Iyer batting at No. 6 and Ravichandran Ashwin at No.7. So, they might want to strengthen the batting line-up with a specialist batter in Suryakumar Yadav.

South Africa, on the other hand, came up with a thoroughly professional performance in the last match as they dominated the game in all three departments. They carried their form and confidence from the Test series into this ODI leg and will be looking to carry that momentum further forward to seal this series with another win. If they manage to do so, it will be quite an achievement for a side that is still in the rebuilding phase.

Batting first, South Africa posted a total of 296/4, which was well above par on that track, riding on twin centuries from skipper Temba Bavuma and Rassie van der Dussen. Bumrah was at his best again as he registered bowling figures of 2/48, but the other Indian bowlers had no answer to Bavuma and van der Dussen’s assault.

India started their chase well, with Shikhar Dhawan and Virat Kohli scoring 79 and 51 respectively. But things fell apart when the middle-order failed to deliver. Shardul Thakur tried his best to resurrect the chase with a 43-ball fifty from No.8, but it came too late as the visitors still fell 31 runs short of South Africa’s total in the end.

It was a collective bowling effort from the South African bowlers as Lungi Ngidi, Tabraiz Shamsi and Andile Phehlukwayo claimed two wickets each while Aiden Markram and Keshav Maharaj chipped in with a wicket each as well.