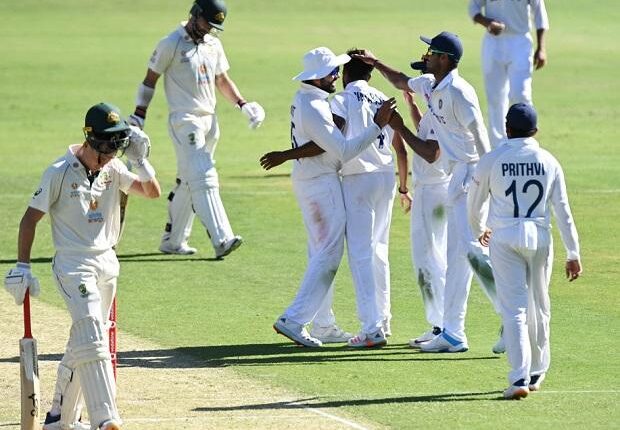 Brisbane: India dismissed Australia at 294 in the final session on Day 4 of the ongoing fourth and final Test, at The Gabba in Brisbane.

With this, India now needs 328 runs to win the ongoing fourth and final Test.

Steve Smith played a crucial role for the team as he scored 55 runs off 74 balls, before losing his wicket to Mohammed Siraj. Before the arrival of Smith, the visitors had registered crucial early wickets.

For India, Mohammed Siraj was on fire, registering his maiden five-wicket haul.

The series is currently locked 1-1 after India’s remarkable eight-wicket comeback win in the Melbourne Test.

Elderly Man Hacked To Death Over Sorcery Suspicion & Past Enmity

Do Not Cede Space To BJP:  Mehbooba Mufti To Kashmir…