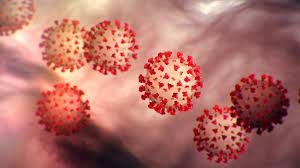 New Delhi: In a first in nearly two months, India’s Covid tally dropped below the 10,000-mark on Tuesday with 8,813 fresh infections, according to the daily bulletin by the health ministry. The tally has hovered above the 10K-mark amid concerns over the spread of the virus in several parts of the country.

The overall death count now stands at 527,098 after 29 fatalities were reported in the 24 hours, according to ministry data.

As many as 43,638,844 people have recovered from the viral disease so far, according to the government figures. Out of this, 15,040 people recovered in the last 24 hours.

Meanwhile, 2,08,31,24,694 doses of Covid vaccine have been administered in the country to date under the nationwide vaccination drive.