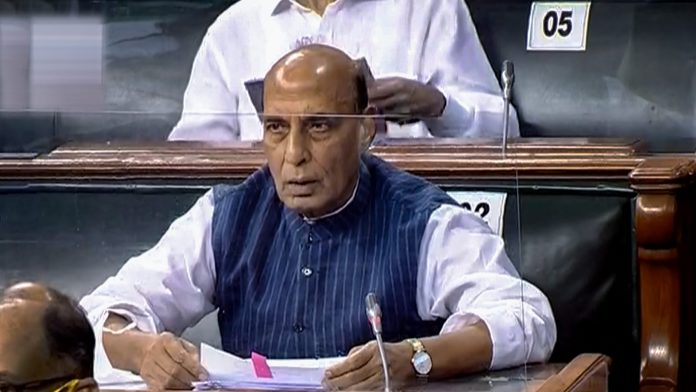 New Delhi: India and China have agreed for a complete disengagement along the LAC in eastern Ladakh,  Defence Minister Rajnath Singh told Rajya Sabha on Thursday.

Singh said the military commanders of the two sides will be holding a meeting within 48 hours of the completion of disengagement. China has agreed to move their troops to Finger 8 area, while India will be moving its troops back till finger 3 Dhan Singh Thapa base, the Defence Minister said.

Singh said the sustained talks with China have led to agreement on disengagement on the north and south banks of Pangong Lake.

The Defence Minister said India is committed to maintaining a peaceful situation at the Line of Control and added that India has always emphasised on maintaining bilateral ties with China.