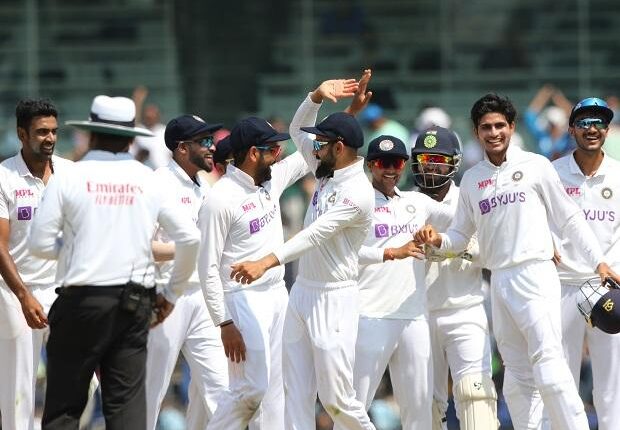 Chennai: Ravichandran Ashwin’s five-wicket haul helped India to bundle out England for 134 runs in the first innings on Day 2 of the second test at the MA Chidambaram Stadium here.

Virat Kohli then turned to Mohammed Siraj and he delivered immediately dismissing Ollie Pope for 22 runs on his first ball of the match. Pope tried to flick the delivery off his pads but Rishabh Pant pulled off a one-handed stunner diving to his left to end Pope’s fighting innings.

With only few minutes left in Tea, Axar and Ashwin took two more wickets in quick succession to leave England reeling at 106/8 at Tea on the second day.

In the morning session, Ishant Sharma got India off to a dream start as he removed Rory Burns for a duck in the very first over of England innings.

Ashwin and debutant Axar Patel also took a wicket each to push England on the backfoot.