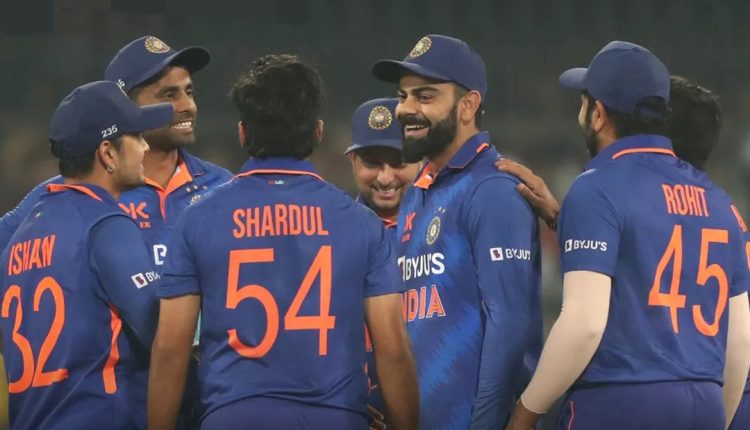 New Delhi: India reached the top of the ICC ODI rankings after their clean sweep against New Zealand in the three-match series. Rohit Sharma’s team are now at the top of the charts in both white-ball formats, going into the ODI World Cup, scheduled to be held later in the months of October and November in the subcontinent.

India’s victory over New Zealand in Indore completed a clean sweep in the three-match ODI series.

They won the first ODI, a high-scoring thriller at Hyderabad by 12 runs, while their seamers helped them to an eight-wicket win at Raipur in the second game.

And the third and final win means they have now moved to the summit of the Men’s ODI Rankings.

India posted a massive score of 385 runs in the final ODI of the series, with the help of centuries from captain Rohit Sharma and Shubam Gill. Sharma broke his ODI century drought and notched up his first one since January 2020. Sharma, who has been vocal about the need for change in approach at the top, led the way from the front, helping India to win the series in a dominating fashion against the second ranked side in the world.

While India are at the top of the ICC rankings in the white-ball format, they are ranked in the second position in Tests, behind Australia. India will be playing Australia in a 4-match Test series, for a place in the World Test Championship Final.

23-year-old Indian student, shot in during armed robbery in US, dies