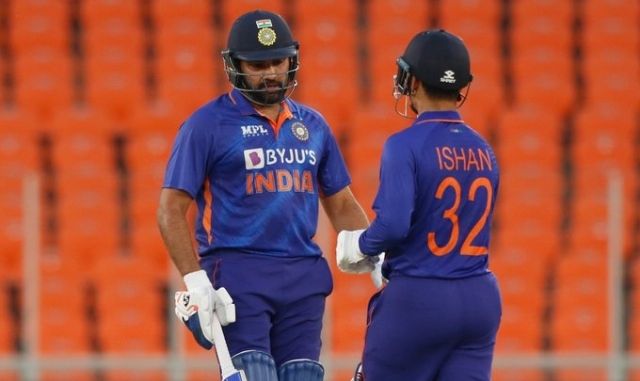 India’s 1000th ODI appearance ended on a winning note as the hosts scripted a six-wicket win over West Indies in the series opener at the Narendra Modi Stadium on Sunday.

India chased the target of 177 in 28 overs to win the first ODI against West Indies. Spinners Yuzvendra Chahal and Washington Sundar shared seven wickets between them to wrap up the guest team’s innings at 176 in 43.5 overs taking a 1-0 series lead.

It was the 1000th match for India in the 50-over format. Yuzvendra Chahal has been adjudged the Man of the Match for his bowling figures of 4/49.

Captain Rohit Sharma brought up his 44th ODI half-century. Sharma took a special liking to Kemar Roach, smashing the pacer for boundaries through mid-on and mid-off in the eighth over.

Team India members also observed a minute silence before the start of play to pay their respects to Bharat Ratna Lata Mangeshkar, the legendary singer who passed away today leaving the entire nation in a state of mourning.

Another 3,624 COVID-19 patients recover in Odisha