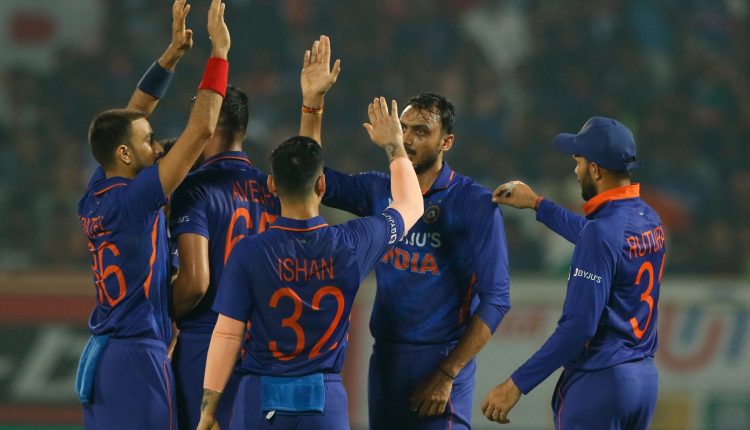 Visakhapatnam: India on Tuesday thrashed South Africa by 48 runs in the third T20I of the five-match series at the Dr. Y.S. Rajasekhara Reddy ACA-VDCA Cricket Stadium in Visakhapatnam.

The Men in Blue also stayed alive in the series after initially starting the series with two defeats on the trot.

Chasing a target of 180, South Africa kept on losing wickets at regular intervals, and were eventually bowled out for a paltry total of 131.
Harshal Patel stole the show with career-best figures of four for 25, while Yuzvendra Chahal also took three wickets.

After being put into bat first, India put up a formidable score of 179/5 on the board. However, the hosts would have been disappointed with the final total after Ishan Kishan and Ruturaj Gaikwad laid the platform with a 97-run partnership in 10 overs.

Heinrich Klaasen, South Africa’s hero in the second T20I in Cuttack, threatened to take the game away from India. The right-hander scored 29 runs before Yuzvendra Chahal accounted for his wicket. Chahal was the pick of the Indian bowlers with three wickets for 20 runs.