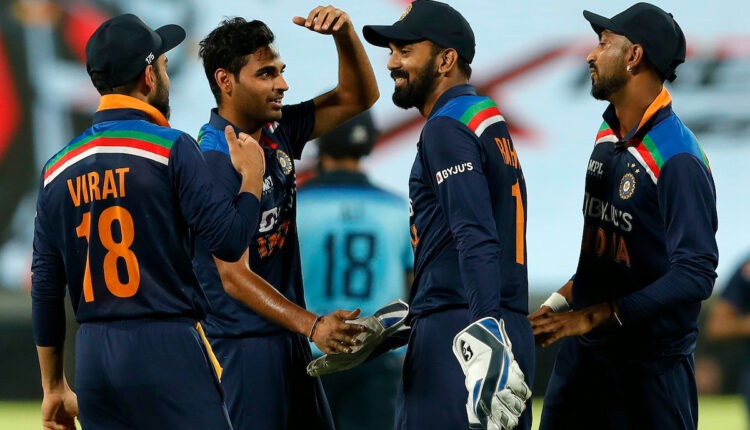 India beat England by 66 runs in 1st ODI in Pune

India beat England by 66 runs in the first One-day International at the Maharashtra Cricket Association Stadium, Pune tonight. Chasing the victory target of 318 runs, England were bowled out for 251 in 42.1 overs.

Earlier, after putting into bat first, Team India scored 317 runs for the loss of 5 wickets in the stipulated 50 overs.

Opening batsman, Shikhar Dhawan made 98 while KL Rahul added an unbeaten 112 for the sixth wicket with Krunal to get India past 300. Skipper Virat Kohli scored 56 runs.