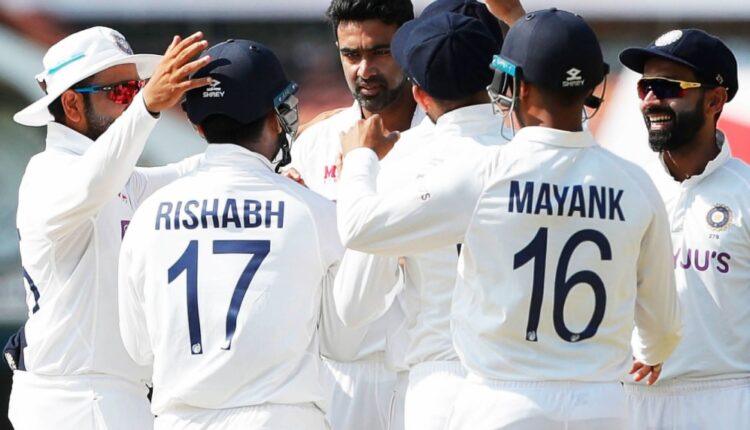 Chennai: Indian team outclassed the England team by 317 runs in the second Test to level the four-match series 1-1, here on Tuesday.

The triumph was made possible by the all-round genius of local lad Ravichandran Ashwin, who scored a century and picked up 8 wickets in the match. The victory was India’s biggest (by runs) against England and the fifth biggest overall.

Chasing a target of 482 runs, England were bowled out for 164 in the second innings.

The hosts began Day 4 on a strong note, taking quick wickets with the visiting batting order crumbling against Ravichandran Ashwin and Axar Patel.

All-rounder Moeen Ali was the top performer for England, scoring a T20-like knock (43 off 18 balls).

The victory was crucial for India in the context of World Test Championship as they need to win the series at least with a 2-1 margin.

India had lost the opening Test at the same venue by a massive 227-run margin.

The Test series will now move to Ahmedabad where the third Test, which will be a day/night affair with pink ball, begins on February 24.