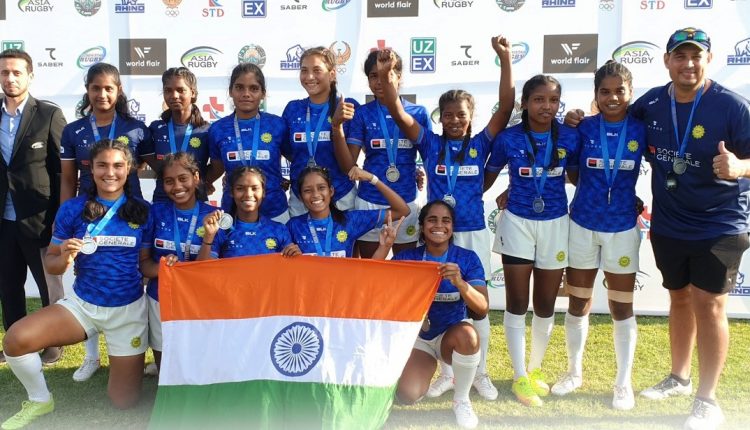 The Indian U18 Girls Rugby team lost 17-21 against the United Arab Emirates in (UAE) the final to finish in second place bagging a silver medal in the Asia U-18 Girls Rugby 7s Championship 2021held in Tashkent, Uzbekistan.

Earlier, Indian girls were defeated 12-29 by UAE in their final round-robin match. India finished third after the round-robin stages with two wins and two losses. In the semifinal, India outclassed Kazakhstan 24-7 to march into the final.

India’s Arti Kumari finished with the event with seven tries- the most in the tournament.