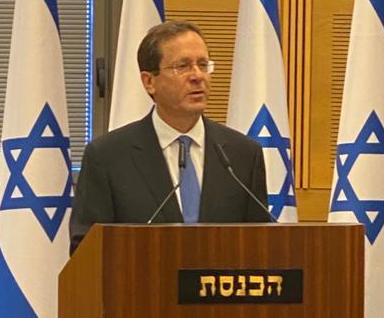 Jerusalem: India and Israel are “natural allies” who are united by a fundamental commitment to the democratic ideals upon which they were founded, Israeli President Isaac Herzog has said, as he made a rare appearance at an exhibition here featuring Indian deities and temple rituals.

Herzog attended a cultural event at the Israel Museum on Thursday evening to inaugurate the new exhibition titled ‘Body of Faith: Sculpture from the National Museum of India.’ He called the exhibition a byproduct of the growing friendship between the two countries.

“India and Israel are natural allies, united by a fundamental commitment to the democratic ideals upon which both our nations were founded. Yet this evening transcends politics, commerce — even diplomacy,” he said.