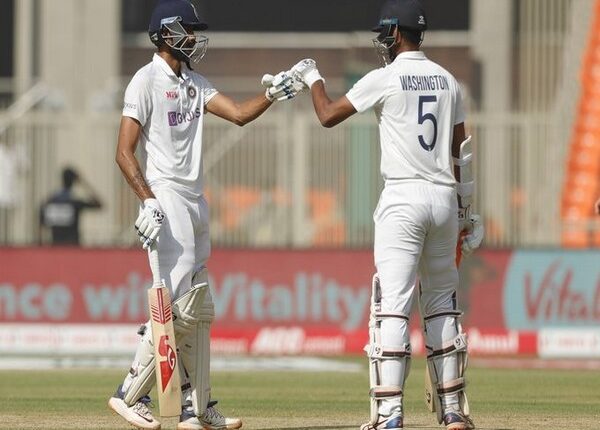 Ahmedabad: India were all out for 365 in their first-innings, which gave them a lead of 160 runs in the fourth and final test against England, in Ahmedabad on Saturday.

Rishabh Pant was the top-scorer with a 101 while all-rounder Washington Sundar made 96 not out.

England hit back with three quick wickets to end India’s first innings. Axar Patel was the first man to go after a mix up with Washington Sundar resulted in a run out as India lost their eight wicket in the final ball of the 114th over.

Then in the first ball of the next over, Ishant Sharma (0) was dismissed by Ben Stokes before the England all-rounder bowled last man Mohammad Siraj in the same over.

Those three quick wickets left Washington Sundar stranded at 96 not out (174 balls, 10 fours, one six).

But Sundar shared a 106-run stand for the eighth wicket with Axar Patel (43) as the hosts added 71 runs in the pre-lunch session.

India are 2-1 up in the series and need a draw to qualify for the final of the inaugural World Test Championship against New Zealand in June.