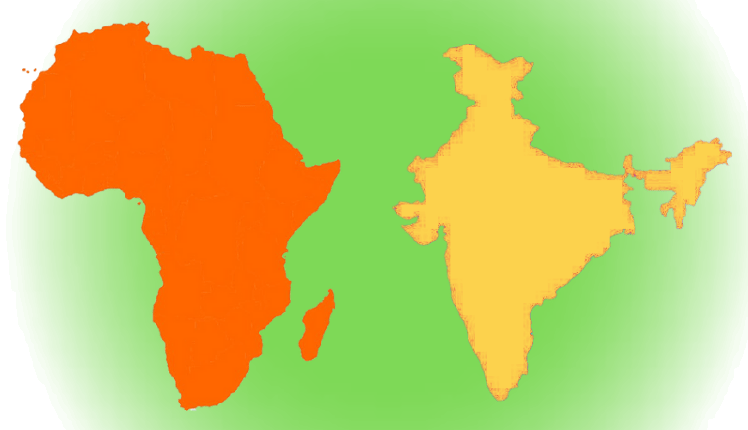 India–Africa Defence Dialogue To Be Held Alongside Every Def Expo

New Delhi: India and Africa share a close and historical relationship. The foundation of India–Africa defence relations are based on the two guiding principles namely ‘SAGAR’, Security and Growth for All in the Region’ and ‘Vasudhaiva Kutumbakam’, The World is One Family.

The first-ever India Africa Defence Ministers Conclave (IADMC) was held in Lucknow, Uttar Pradesh in conjunction with DefExpo on February 06, 2020, co-organized by the Ministry of Defence and Ministry of External Affairs. This was the first in the series of Pan Africa events at the Ministerial level in the run-up to India Africa Forum Summit IV.

A Joint Declaration, ‘Lucknow Declaration’ was adopted after the conclusion of IADMC 2020 as an outcome document of the Conclave.

In furtherance of the declaration and in consultation with stakeholders, India proposes to institutionalize the India Africa Defence Dialogue during successive DefExpos to be held once every two years.

Institutionalization of the India Africa Defence Dialogue will help to build on the existing partnerships between African countries & India and to explore new areas of convergence for mutual engagements including areas like capacity building, training, cyber security, maritime security, and counter-terrorism.

It has been decided that Manohar Parrikar Institute for Defence Studies and Analyses shall be the knowledge partner of India Africa Defence Dialogue and will assist in providing necessary support for enhanced defence cooperation between India and Africa.

It has also been decided that Raksha Mantri Shri Rajnath Singh will host the Defence Ministers of African Nations in the next India – Africa Defence Dialogue on the sidelines of the DefExpo that is scheduled to be held at Gandhinagar, Gujarat in March 2022. The broad theme of this India Africa Defence Dialogue will be ‘India – Africa: Adopting Strategy for Synergizing and Strengthening Defence and Security Cooperation.