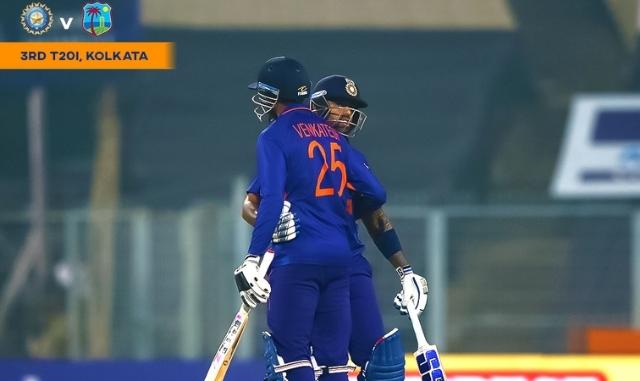 Kolkata: It was one of the magnificent T20 batting performances that India have ever played against the Carribian bowling attack.

Thanks to Suryakumar Yadav and Venkatesh Iyer–who took responsibility to spoilsport West Indies’ bowling in the ongoing third T20I at the Eden Gardens in Kolkata.

It was an electric inning from both the batters as India managed to post a total of 184 for five.

Earlier, Rohit Sharma, who had come on to bat at no.4, failed to rescue India as he was dismissed for a score of 7.

Ishan and Shreyas had steadied India’s ship after Ruturaj Gaikwad was dismissed, adding 53 runs for the second wicket.

30 Injured After Bus On Way To Berhampur Rams Into Truck