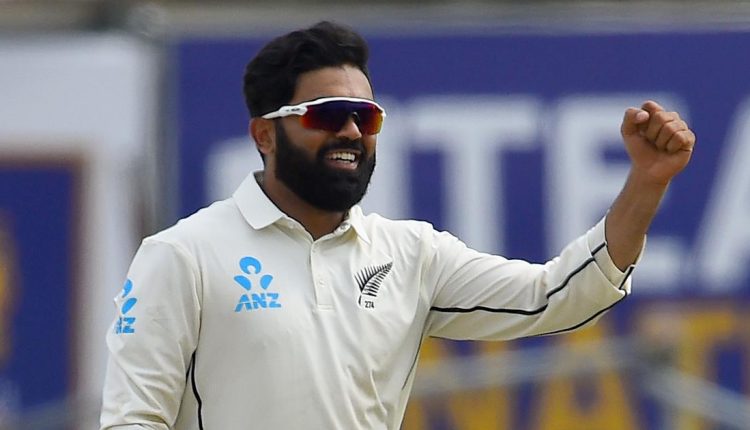 New Delhi: New Zealand spinner Ajaz Patel on Saturday scripted history after he became the third cricketer to claim 10 wickets in a single innings of a Test match after Jim Laker and Anil Kumble.

Ajaz dismissed Mohammed Siraj to complete a perfect 10-wicket haul on Day 2 of the ongoing match against India.

Laker had registered astonishing figures of 10 for 53 in 1956 against Australia at Old Trafford in Manchester, while Anil Kumble had taken just 26.3 overs to take 10 wickets for 74 runs against Pakistan in New Delhi.

India were bowled out for 325 during the second session on day two of the second Test against New Zealand on Friday. Resuming the day at 221 for four, India scored 64 runs in the morning session with the loss of two wickets.

They added another 40 runs for four wickets after lunch to end their first innings at 325.

Ajaz picked up the wickets of Shubman Gill, Cheteshwar Pujara, Virat Kohli, and Shreyas Iyer on Day 1 of the Mumbai Test before returning to complete his 10-wicket-haul by sending back Wridhhiman Saha, R Ashwin, Mayank Agarwal, Axar Patel, Jayant Yadav and Mohammed Siraj on Saturday.