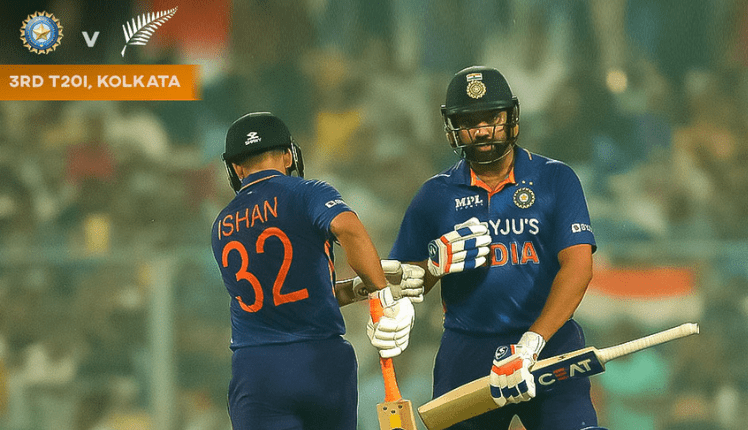 Kolkata: Tough it was the show of Kiwis bowlers, India have gone through deeply into the match with blistering innings of Rohit Sharma and Deepak Chahar in the third and final T20I vs India at the Eden Gardens in Kolkata.

India have put 187 losing seven wickets after a good show by skipper Rohit Sharma (56) who registered his 26th T20I fifty and fourth in the last six games.

New Zealand stand-in skipper Mitchell Santner has been a stand-out bowler for his team as he returned with the figures of 3/27 in four overs.

India have already won the three-match series as they have taken an unassailable 2-0 lead but the Kiwis will look to give their all in the final game of the T20I series in the hope of a consolation win.

There is plenty of dew on the field and it’s not going to be easy for the bowlers as well as the fielders. New Zealand will back themselves to gun this down at the Eden Gardens.

President Stresses On Maximum Use Of Technology To Make…