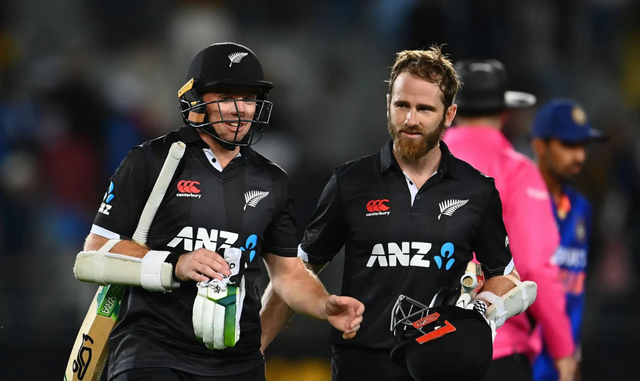 A commanding performance from Kiwis against a second-string Indian squad also helped them go 1-0 up in the series. The two teams will now square off on 27th November at 7 am IST.

Notably, team India, for the first time in their history, have lost five One-Day-International matches in a row against New Zealand.

India were off to a dream start with openers Shikhar Dhawan (72) and Shubman Gill (50) scoring fifties to put up a 124-run partnership for 1st wicket. In-form Suryakumar Yadav and Rishabh Pant failed to perform today with the bat. Shreyas Iyer, who has been facing heat for his lean patch in white-ball format, produced an important knock for 80, while Sanju Samson and Washington Sundar contributed with impactful cameos to give their team a solid finish in 1st innings.