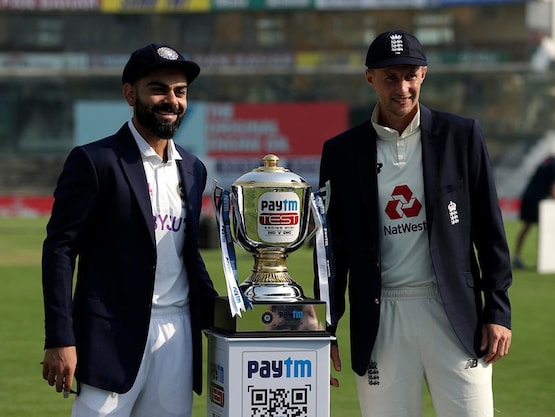 While the hosts did not announce their playing XI, Shahbaz Nadeem, who played ahead of Kuldeep Yadav as the third spinner, is set to miss the second Test on Saturday. Nadeem along with Rahul Chahar were withdrawn from the squad as Axar Patel was declared fit for selection for the second Test on Thursday. The Test will also mark the return of fans in an international cricket match in India for the first time since March 2020. For England, James Anderson has been rested while Jofra Archer is set miss out due to an injury. England lead the four-match series 1-0 after a thumping win in the first Test last week.

The Virat Kohli-led side slipped down to the fourth position in the ICC World Test Championship table after the defeat, and one more loss in the series would eliminate India from the tournament. With crowd back inside the heated cauldron, Kohli would be eyeing a good slugfest against a very resolute opposition. India need to win two matches and not lose any of the games to make the WTC final.