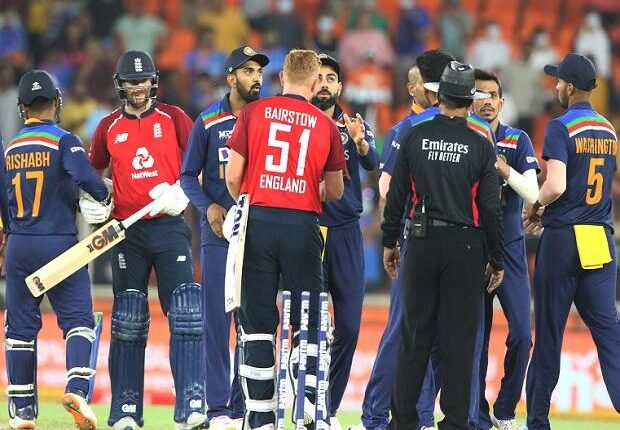 Ahmedabad: England defeated India by eight wickets in the first T20 International of the five-match series, at Narendra Modi Stadium, popularly known as Motera Stadium, in Ahmedabad on Friday.

An off day for Indian players as they were just outplayed by a quality English side.

India were reduced to 20 for three in 5 overs but Shreyas Iyer scored a 48-ball 67 under pressure to pull the hosts out of trouble.

Jason Roy then smashed 49 off 32 balls as England overhauled the target, in 15.3 overs.