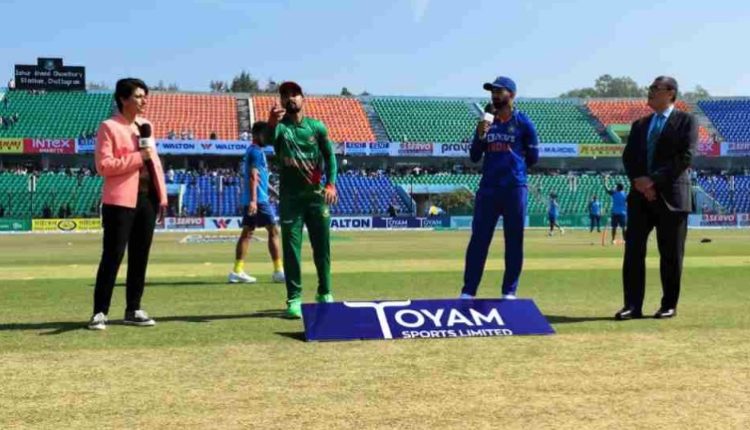 Chattogram: Bangladesh won the toss and opted to bat first against India in the third and final ODI of the three-match series. The hosts have already gained an unassailable lead of 2-0 in the three-match ODI series.

KL Rahul is leading the team as Rohit Sharma has been ruled out of the final game due to a thumb injury.

Apart from Rohit, fast bowler Kuldeep Sen who made his debut in the series opener and Deepak Chahar have both been ruled out of the tour as well owing to various injuries.

The two new addition to the team were Ishan Kishan and Kuldeep Yadav.