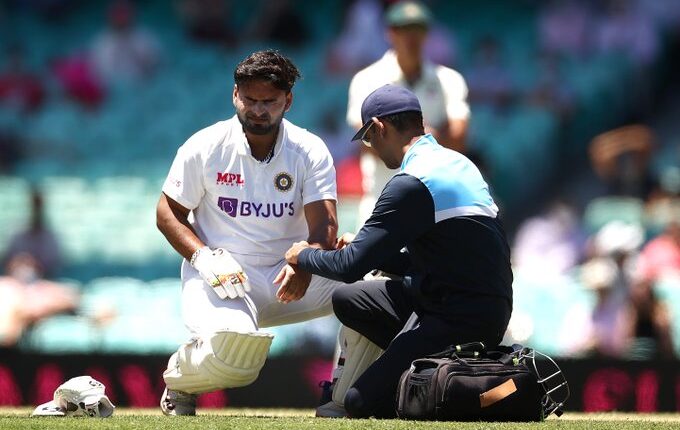 IND vs AUS: Rishabh Pant gets injured with hit on the elbow, taken for scans

Sydney: India wicketkeeper Rishabh Pant has been taken for scans after he was hit on the right elbow by Pat Cummins on day three of the ongoing third Test at SCG on Saturday.

Rishabh Pant was hit on the left elbow while batting in the second session on Saturday. He has been taken for scans. #AUSvIND pic.twitter.com/NrUPgjAp2c

Pant was criticised for his wicketkeeping during the first innings as he dropped debutant Will Pucovski a couple of times and leaked a few runs as well.

India would be hoping for four to five wickets by the end of day three to stay alive in the Test. It would be interesting to see how Australia approach the second essay with a lead of 94.

Cyclone Mandous likely to form over Bay of Bengal;…

BTS’ SUGA invites RM as the first guest to his…