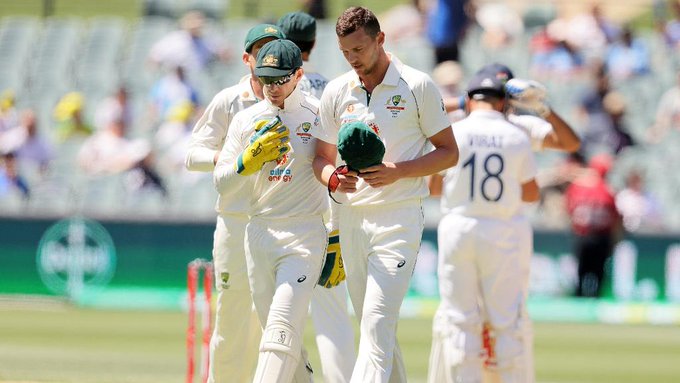 Sydney: India, on Saturday, posted its lowest-ever Test total of 36 for nine at the Adelaide Oval against Australia.

Australia needs a mere 90 to win the first Test in the four-match series.

Resuming their innings at 9/1 on Day 3, nightwatchman Jasprit Bumrah was the first one to depart after he handed a simple catch back to Pat Cummins. While Bumrah’s wicket was not a cause of worry what transpired after that was one players would not like to remember. Australian fast bowlers’ immaculate bowling coupled with the poor shot selection by Indian batsmen saw them reduced from 15/1 at one stage to 15/5 within a few overs.

Australia will hope they can get more quick wickets on Saturday to set themselves up for an easy target to chase.