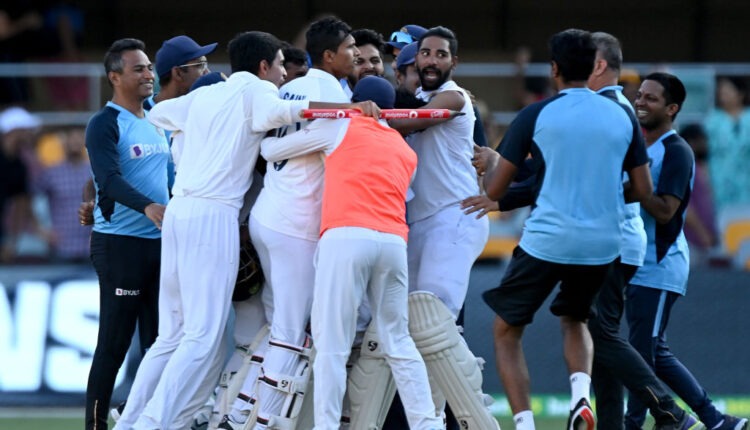 Brisbane: Indian team retained the Border-Gavaskar Trophy on Tuesday as Ajinkya Rahane and co outclassed the Australian team at the Gabba on Day 5.

India won by three wickets and, with a total of 329-7, now replaces Australia’s team of 1951 for that record.

The 50-run partnership between Rishabh Pant and Washington Sundar helped India pocket the match and the series.

Rishabh Pant remained unbeaten on 85 as he played one of his best knocks to lead India to a stunning win after Cheteshwar Pujara’s fifty and young Shubman Gill’s 91.

Shubman Gill scored 91 runs to set up a thrilling hour of play on either side of the Lunch break, before Ajinkya Rahane joined Cheteshwar Pujara. Shubman Gill fell nine runs short of his maiden Test hundred, skipper Ajinkya Rahane departed after a brisk 24 but Cheteshwar Pujara endured blows to the body and fought on with Rishabh Pant for company to keep India in the hunt to register back-to-back series wins on Australian soil at The Gabba on Tuesday.

India resumed Tuesday on 4 without loss and had 98 overs to chase a victory target of 328.