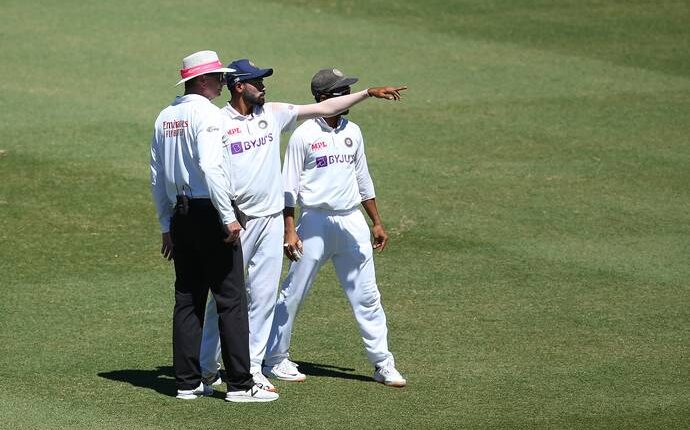 Sydney: India pacer Mohammed Siraj was once again subjected to unsavoury comments from the fans at Sydney Cricket Ground (SCG) on Sunday following which security personnel then asked the unruly group to leave the stands.

India skipper Ajinkya Rahane and pacer Mohammed Siraj were seen engaged in an animated conversation with the match officials during the fourth day of the third Test of the Border-Gavaskar Trophy series.

On Sunday, Siraj expressed his displeasure against a section of the crowd near the boundary ropes after being hit for a couple of sixes by Australia all-rounder Cameron Green. Rahane immediately took the matter up with on-field umpires Paul Reiffel and Paul Wilson.

This prompted the security personnel to enter the stands and look for the mischief mongers. Later, India coach Ravi Shastri was seen having a chat with the team’s security officer on tour.

In response to Saturday’s incident, Sean Carroll, Cricket Australia’s (CA) Head of Integrity and Security, had said anyone who sought to vilify and/or harass had no place in Australian cricket.