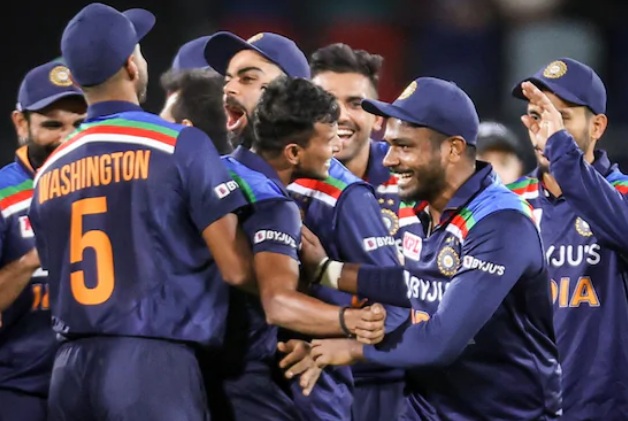 Canberra: India defeated Australia by 11 runs in the first Twenty20 International (T20I) to take 1-0 lead in the three-match series on Friday.

India’s concussion substitute Yuzvendra Chahal, who came in for Ravindra Jadeja during Australia’s innings, picked three for 25 in his four overs to help India gain the victory.

This was India’s sixth win over Australia in 10 T20Is on Australian soil. The win helped India take 1-0 lead in the three-match T20I series. India had earlier lost the ODI series 1-2.

After KL Rahul and Ravindra Jadeja took India to a competitive total of 161 for seven, bowlers, especially T Natarajan and Yuzvendra Chahal, helped the visitors to restrict Australia to 150/7. Chahal, who came in as a concussion substitute for Jadeja, was the pick of the bowlers for India. The leg-spinner returned with figures of three for 25 from his quota of four overs.

Both teams will now travel to Sydney for the remaining two T20Is.

IPL 2021: Here’s the complete list on who’s been retained and who’s…