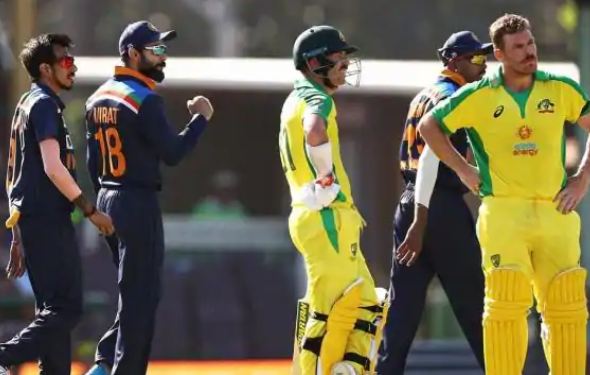 Sydney: Australia set a strong score of  374/6 in 50 overs in their first ODI match against India at the Sydney Cricket Ground today.

Earlier, Aaron Finch won the toss and elected to bat. Aaron Finch and Steve Smith have both hit fantastic centuries as Australia recorded their highest-ever ODI score against India.

The pair put together a 156-run partnership at the top of the order, finding the boundary with ease.

They also shared a wonderful moment paying tribute to the late Phil Hughes who passed away six years to the day.

Smith fell in the final over for 105 off 66 balls, as he chased quick runs to propel Australia to a daunting total.

It was a magnificent display of batting from the Australians who took the attack to the Indian bowlers, with only Mohammed Shami being the pick of the bowlers with 3/59 from his 10 overs. India will have to pull of the second-highest chase in the history of ODIs if they have to take a 1-0 lead in the series.