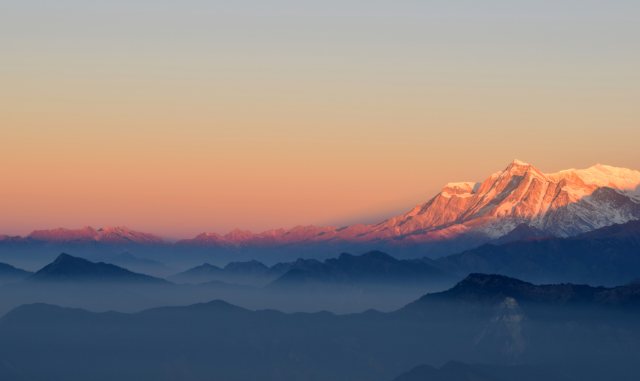 Increase In Warming In High Altitude Himalayas Due To Water Vapour: Study

New Delhi: A recent study has shown that water vapour exhibits a positive radiative effect at the top of the atmosphere (TOA), suggesting an increase in overall warming in the High Altitude Himalayas due to it.

The precipitable water vapour (PWV) is one of the most rapidly varying components in the atmosphere and is mainly accumulated in the lower troposphere. Due to the large variability in space and time, mixing processes and contribution to a series of heterogeneous chemical reactions, as well as sparse measurement networks, especially in the Himalayan region, it is difficult to accurately quantify the climatic impact of PWV over space and time. Moreover, aerosol-cloud-precipitation interactions over this region, which are one of the most climatic-sensitive regions, are poorly understood, apparently due to a lack of proper observational data.

The recent research led by Dr Umesh Chandra Dumka from Aryabhatta Research Institute of Observational Sciences (ARIES), Nainital, an autonomous research institute of the Department of Science and Technology (DST) Govt. of India, showed that Precipitable Water Vapour (PWV) exhibits a positive radiative effect at the top of the atmosphere (TOA) in high altitude remote locations in the order of about 10 watts per square metre (W m-2) at Nainital (Altitude -2200m; Central Himalaya) and 7.4 W m-2 at Hanle (Altitude -4500m; western Trans Himalaya).

Team members from the National Observatory of Athens (NOA), Greece; Tohoku University, Japan; Indian Institute of Astrophysics (IIA) and CSIR Fourth Paradigm Institute (CSIR-4PI), Bengaluru and Institute for Advanced Sustainability Studies, Germany also contributed in the study. The research published in the Journal of Atmospheric Pollution Research, Elsevier shows that the atmospheric radiative effect due to PWV is about 3-4 times higher compared to aerosols, resulting in atmospheric heating rates of 0.94 and 0.96 K Day-1 at Nainital and Hanle, respectively. The results highlight the importance of PWV and aerosol radiative effects in the climate-sensitive Himalayan region.

The team believes that this work will provide a comprehensive investigation of the combined impact of aerosols and water vapour on the radiation budget.

Happy Teddy Day 2022: Watch These Movies With Your Special One On This Day