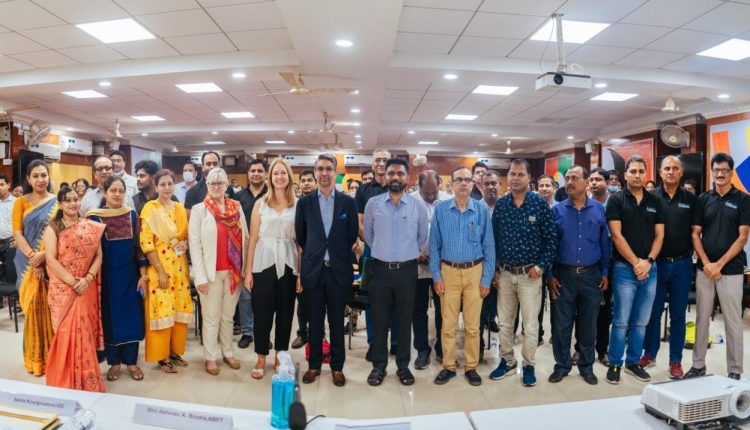 Bhubaneswar: The Abhinav Bindra Foundation Trust (ABFT) in collaboration with International Olympic Committee (IOC) and Olympic Foundation for Culture & Heritage (OFCH) conducted its inaugural ‘Train the Trainers’ session to kickstart integration of the IOC’s Olympic Values Education Programme (OVEP) into the school education system of Odisha. The training of the Headmasters and Physical Education Teachers selected from 90 schools in Bhubaneswar and Rourkela districts included an orientation session and a series of interactive activities.

The training session will be held till 28th June 2022 in Bhubaneswar & shall include a mix of intensive activities, theoretical & interactive sessions conducted by trainers from the International Olympic Committee. The training activities being conducted will leverage the rich cultural heritage and art history of Odisha in contextualising the OVEP curriculum which will be delivered to the school children. The teachers and master trainers will be encouraged to deliver the programme in their own unique ways to suit the respective needs of their prefectures and local environments.

The OVEP was officially launched in Odisha last month and is one of the first major IOC projects to be implemented in India. The programme is being developed in partnership with the Government of Odisha’s Department of School and Mass Education and the ABFT. In its first year, the OVEP aims to impact 32,000 children enrolled in 90 schools in the cities of Bhubaneswar and Rourkela. Once in full swing, it will reach around 7 million children. The state of Odisha intends to take OVEP to all its schools and higher education institutions in a phased manner, thereby enabling its young population to truly take on board the Olympic values.