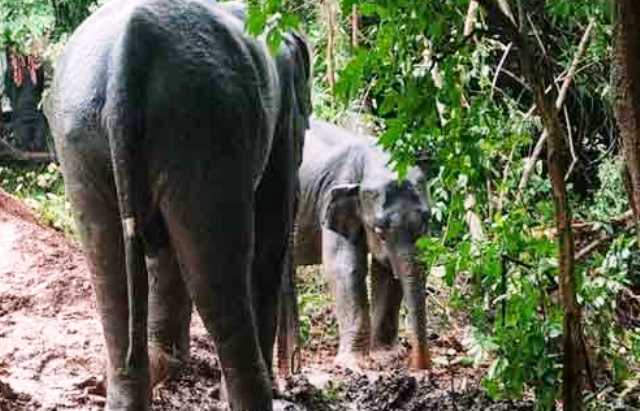 Dhenkanal: A female elephant which was observed running amok in the forest has calmed down after she got united with her calf which she lost in Cuttack forest for last few days.

According to reports, the elephant turned wilder and wrecked havoc near Kapilash sanctuary for the last few days. Reason: she got separated from her calf in a forest in Cuttack recently.

On the allegation of local people, forest officials in Dhenkanal tranquilized the animal and took her to elephant rescue centre at Kapilash. The jumbo was kept in a temporary enclosure under the strict supervision of forest and veterinary officials.

On the other hand, the estranged calf, in search of its mother, reached Kapilash forest after travelling a stretch of around 40 kms from Cuttack to Dhenkanal.

It was spotted by forest officials who swung into action with rescue of the baby jumbo. Later, they united the calf with its mother at Kapilash rescue centre.

Overjoyed, the mother pachyderm was observed giving normal behavior. Days after the treatment of both, the forest team released them in the deep forest.