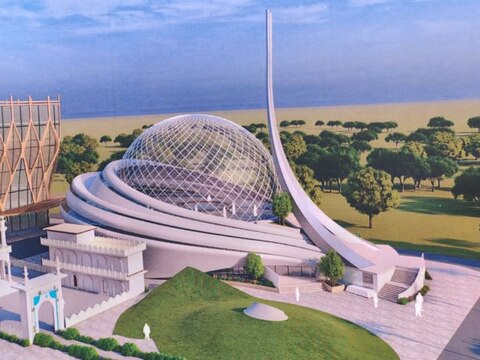 Lucknow: The trust in charge of building a mosque in Ayodhya after last year’s Supreme Court’s verdict, has released the first architectural plan for the project. 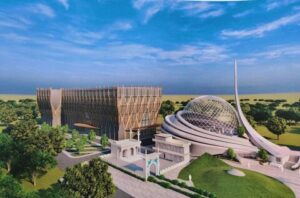 The design of a mosque and a hospital to be built on a five-acre land in Ayodhya’s Dhannipur village allocated by the Supreme Court in the Ramjanmabhoomi-Babri Masjid case was unveiled. 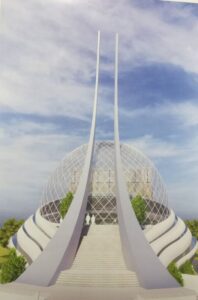 The Uttar Pradesh State Sunni Central Waqf Board had formed the trust, Indo-Islamic Cultural Foundation (IICF), to construct the mosque and other utilities on the plot. Prof SM Akhtar of Jamia Millia Islamia, who joined the programme through video conferencing, displayed the designs of the mosque and the 200-bed hospital that will come up at the site.

The name of the mosque is yet to be decided, and it will not be named after any emperor or king, said the Indo Islamic Cultural Foundation (IICF) Trust in a presentation of the project based in Ayodhya’s Dhannipur. 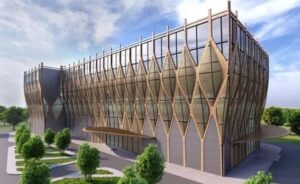 The first phase of the project, for which the foundation stone is likely to be placed early next year, will have a hospital along with the mosque. The trust plans to expand the hospital in the second phase. The Supreme Court on November 9 last year directed the Centre to allot an alternative five-acre plot to the Sunni Waqf Board for building a new mosque at a “prominent” place in the town in Uttar Pradesh.

In the presentation, the trust showcased the designs of several contemporary mosques from across the world. A computer generated image of the planned mosque shows a massive glass dome across a picturesque garden. The hospital building with a futuristic design is seen behind the mosque. The blueprint of the mosque complex includes a multi-speciality hospital, a community kitchen and a library. The mosque will have a capacity to hold 2,000 namazis at a time, and the structure will be round-shaped,” chief architect Professor SM Akhtar had said on Thursday. 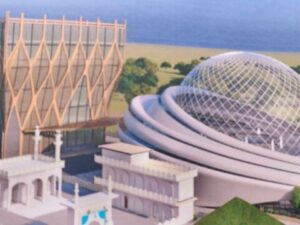 Akhtar also said that the new mosque will be bigger than Babri Masjid, but won’t be a lookalike of the structure. He said the hospital will take centre stage in the complex, adding that “It will serve humanity in the true spirit of Islam as taught by the Prophet in his last sermon 1,400 years ago.” Akhtar further said that the hospital won’t be a usual concrete structure but will be in sync with the architecture of the mosque, replete with calligraphy and Islamic symbols. 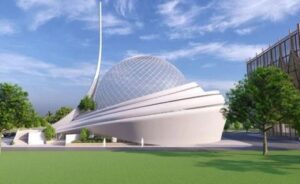 Akhtar said that it will house a 300-bed speciality unit, where doctors will work with missionary zeal to provide free treatment to the ailing. He said that the mosque will be self-efficient for power as it is designed based on solar energy and a natural temperature maintenance system.