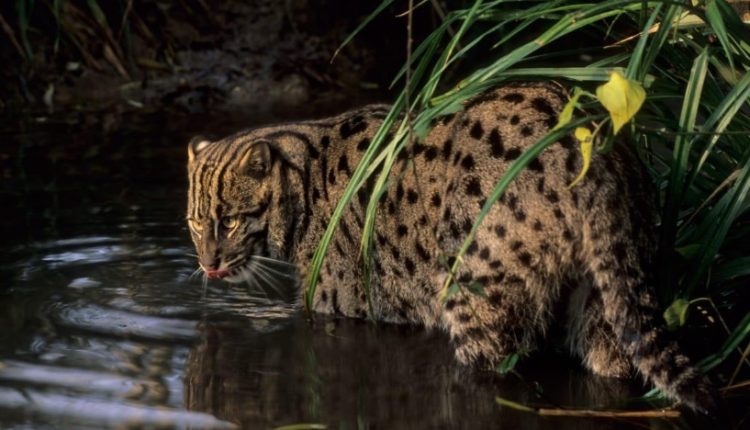 In First-of-its-kind Of Census, 176 Fishing Cats Found In Chilika

Chilika: The fishing cat census in Chilika was concluded on Sunday and according to the survey, around 176 fishing cats were found in Asia’s largest brackish water lagoon.

The estimation study was conducted by the Chilika Development Authority (CDA) in collaboration with The Fishing Cat Project (TFCP).

As many as 150 camera traps were deployed for nearly 30 days.

Local fishermen and villagers of Chilika were the primary participants in the exercise, said CDA Chief Executive Officer Susanta Nanda.

The main objective to carry the survey was that it can indicate the happening of the wetland ecosystems.

The surrounding they are living can gives us an indication of what might be happening to these ecosystems, which are safeguards against climate change and droughts. If the population of these cats increases then it can be ascertained that the surrounding is good and if it’s population decreases then there is a possibility of drought in the area, said Nanda.

The cat is a globally threatened species found in marshlands, mangroves, flooded forests and other wetlands. They are found in 10 Asian countries.

An adept swimmer and twice the size of a house cat, the feline has been designated as ambassador of Chilika since 2020. Earlier this year, the CDA had declared its intent to adopt a five-year action plan for fishing cat conservation in Chilika.

Two Held With Ganja Worth Over Rs 50 Lakh In Nabarangapur