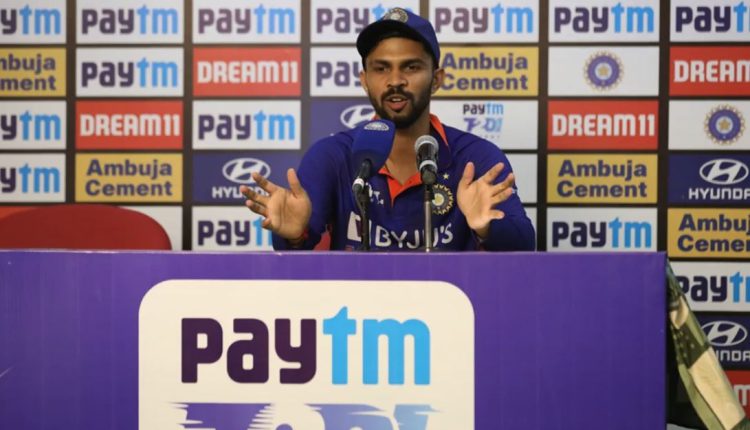 India opening batter Ruturaj Gaikwad, who smashed a breezy 57 off 35 in the third T20I against South Africa, said his thought process remained the same across the first three matches of the series.

“The conversation was about staying positive. We were good in both the games. There were just some crunch moments where they overtook us. They played really well in those moments. They made sure that they were on those moments against us. I felt we played both the games really well and we gave our best. They batted really well in both those games. We bowled really well today and they had a batting collapse. Sometimes, the opposition also plays really well. Coming here, we were just sticking to what we did in the last two games. Looking to improve as a team. Bowling wise, we were more aware in the game,” Ruturaj added.

The right-hand batter further spoke about his shot selection and strengths and taking the pressure to the bowler.

“Going after is not something being reckless or being rash or playing shots out of nowhere. We as a batting unit have certain strengths and shots that we play as individuals. I think it’s just about backing ourselves and putting pressure on the bowler and making sure you show the intent that you’re going after them. It’s about putting pressure on the bowler, no matter if it’s the first, second or third ball or you are set. Even if you’re batting on 30, you have to keep going. If it’s there in your area and strength, you have to go for it,” said the 25-year-old.

“I had a really good year last year. So obviously a lot of people come with a lot of expectations when you have such a great year, in IPL and in domestic cricket. In this IPL, the wickets were slightly bowler-friendly, there were not many flat wickets, there were two-paced wickets, the ball was turning, there was some swing. So in the IPL in three-four games I got out to good balls, and some dismissals, a good shot went into the fielder’s hands.

“It is part and parcel of T20 cricket. You are going to have off days and really bad days. It is a matter of staying consistent mentally and trusting your process. Coming into this series, I felt the first two wickets were slightly on the tacky side, so coming here, good wicket, I played my game,” added Ruturaj.

The 25-year-old concluded with a light-hearted joke about finally being out of the bubble.

“Coming out of the bubble, one big difference is this press conference. Having it on the digital screen, you can say I cannot hear anything or there is a slight network issue and you can ignore the question, but you can’t ignore the question here.

“There are a lot of fans in this country, so a lot of people are gathering near you. This is the first series. Everyone is taking time to adjust to it. Everywhere, we were used to closed spaces, where people were coming at you and asking for a lot of stuff and pictures. There’s a lot of attention and distraction as well. Being in and out of the bubble has its pros and cons as well. It’s better being in both and experiencing both. Being in the bubble for a long period of time was tough. One good thing I felt is the team bonding increased, be it in the IPL with CSK or team India. There were lots of team building activities. I think that has really helped and will stay in the coming years as well,” Ruturaj concluded.