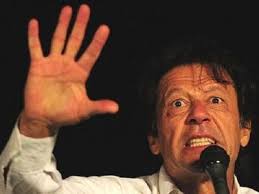 Khan welcomed the restoration of the ceasefire along the LoC , but asked India to take steps to ensure rights of the Kashmiri people to self-determination in line with UNSC resolutions.

Khan said it is the responsibility of India to make the meeting fruitful and added that Pakistan has always stood for peace.

Meanwhile, observers have maintained that ceasefire agreement is a positive step towards greater peace and stability in South Asia.

The reinforcement of the 2003 ceasefire between India and Pakistan has been welcomed by the United States, United Nations, the European Union (EU), Hurriyat and political parties from Jammu & Kashmir.

The US said it viewed the ceasefire agreement as a positive step towards greater peace and tranquility in South Asia. The UN said the Secretary-General was encouraged by the joint statement of both the nations.