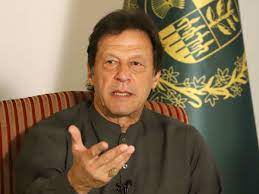 Islamabad: The Supreme Court of Pakistan has said the Imran Khan government is either not capable of running country or incapable of making decisions.

It slammed the Imran Khan-led government over its failure to convene a meeting of the Council of Common Interests (CCI) for the last two months.

The highest court’s displeasure came during a hearing of the local body election case. The two-member bench also expressed anger over the promulgation of the Punjab Local Government Ordinance.

The Punjab government does not want to hold local body elections and the entire Punjab Assembly was bypassed at the request of one individual, the court said.

The additional attorney general (AAG) has told the court that the CCI would meet on March 24.