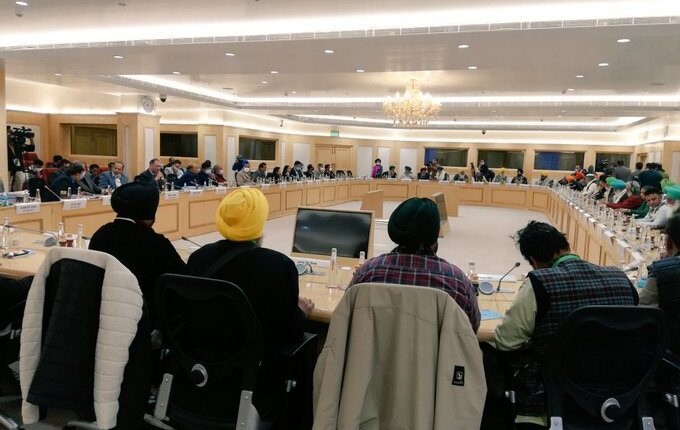 New Delhi: The deadlock on farm laws continues as the eleventh round of talks between the government and farmers’ Union ended without result on Friday.

Union Minister of Agriculture and Farmers Welfare Narendra Singh Tomar has appealed to the agitating farmers to find out an amicable solution to the issue. No date for the next round of talks has been decided at the meeting.

Tomar thanked the farmer unions for cooperation and stressed that there were ‘no problems in the three laws. He, however, said the government had offered to suspend the farm laws as a respect to the farmers.

The Union minister said that the government was open to discussion if farmers were open to considering the proposal of suspension of the three laws.

Tomar said that there are forces which are driving the farmers elsewhere from the core issue.