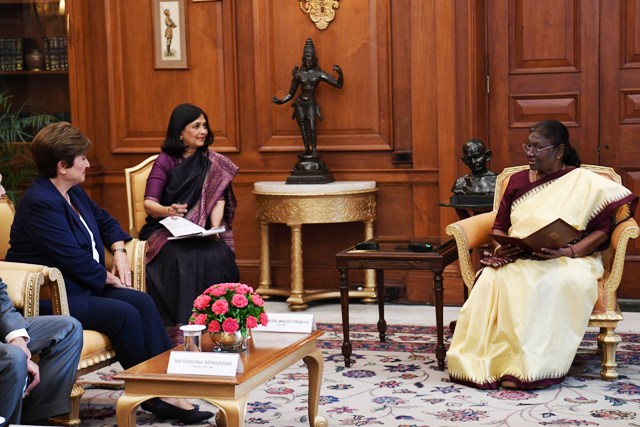 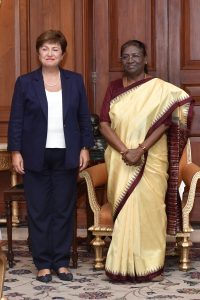 Welcoming Ms Georgieva to Rashtrapati Bhavan, the President said that the world is passing through the third year of the Covid pandemic. She noted that significant assistance has been provided to many low-income countries by multilateral institutions such as the IMF and the World Bank.  She said that IMF has to play an important role in maintaining the stability of the International Monetary System.

The President said that today, India is one of the fastest growing major economies of the world. India’s start-up ecosystem ranks high in the world. The success of start-ups in our country, especially the growing number of Unicorns, is a shining example of our industrial progress. What is even more gratifying is that the development of our country is becoming more inclusive and regional disparities are also reducing. The basic mantra of today’s India is compassion – compassion for the downtrodden, compassion – for the needy and compassion – for the marginalized.

Speaking about the upcoming G-20 Summit in India in 2023, the President said that multilateral cooperation in the G-20 should be based on the principles of inclusion and flexibility, keeping in mind diversity. She expressed confidence that during India’s presidency, the G-20 Forum will move forward with an aspiration to make efforts to further strengthen multilateralism and global governance, in the direction of building a peaceful, sustainable and prosperous world for all.