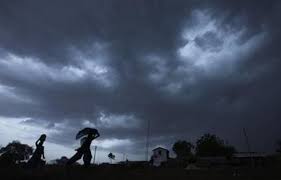 Bhubaneswar: At least seven districts of Odisha are likely to witness heavy rainfall in the next 24 hours, said India Meteorological Department (IMD) on Saturday.

The alert has been sounded for Koraput, Malkangiri, Nabarangpur, Rayagada, Gajapati, Mayurbhanj and Keonjhar.

As per IMD, the cyclonic circulation over interior Odisha and neighbourhood now lies over north Chhattisgarh and neighbourhood, extending upto 1.5 km above the mean sea level. Under the influence of this, several districts may witness rainfall in the next 24 hours.

Following this, the IMD has warned people to move safe place accordingly.