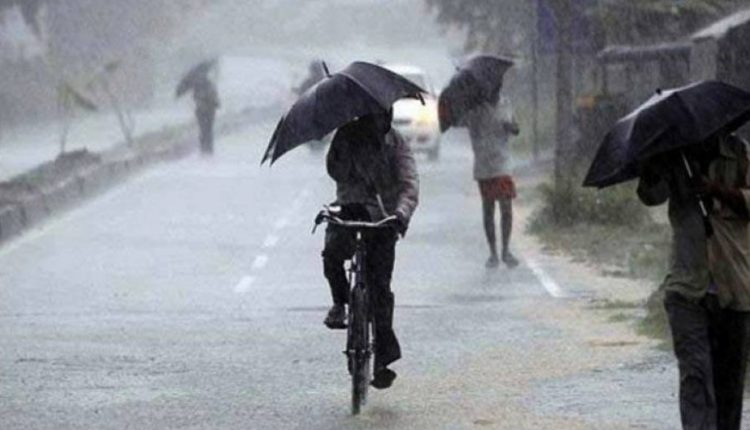 Bhubaneswar: The India Meteorological Department (IMD) on Tuesday predicted heavy rain alert for several districts of Odisha in the next 48 hours.

According to IMD, the Low Pressure Area over northwest and adjoining west-central Bay of Bengal off south Odisha- north Andhra Pradesh coasts now lies over coastal Odisha and the adjoining northwest Bay of Bengal. The system is likely to move west north-westwards during the next 48 hours.

A north-south trough runs from the cyclonic circulation associated with the Low Pressure Area over coastal Odisha and adjoining northwest Bay of Bengal to north Tamilnadu and extends upto 1.5 km above mean sea level.

Under the influence of this, several parts of Odisha will experience heavy rainfall activity in the next 48 hours, said IMD.

Besides, light to moderate rain or thundershower is very likely to occur at most places over the districts Odisha.

Meanwhile, the IMD has advised fishermen not to venture into the sea along and off Odisha coast and adjoining areas of Northwest Bay of Bengal for 48 hours beginning midday of today.

UK Expresses Willingness For Collaborating With India On Green Hydrogen