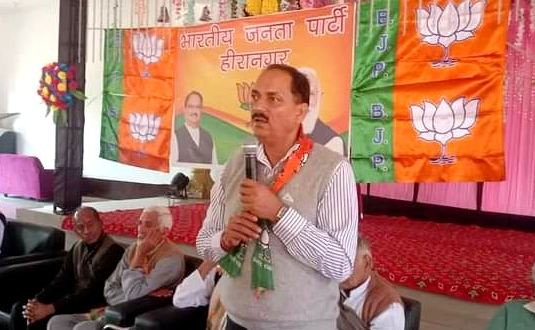 Bhubaneswar: After the ruling, Biju Janata Dal (BJD) accused the BJP of hatching a plot to save Govind Sahu, the prime accused of the Mamita Murder Case, the lawyer of the accused has made certain revelations.

On his alleged links with the saffron party, Mamita Murder Case accused Govind Sahu’s lawyer said, “I’m a strong supporter of BJP, not a member. I’ve never wanted to contest in the elections. BJP is nationalist party & nationalism is in my family’s blood as my father was Jan Sangh worker.”

“I was a government counsel when Ayub Khan was MLA. Later I stepped down. Caste, creed, religion, all these are immaterial for me. All I do is fight case with utmost sincerity,” he added.

Earlier, rge BJD showcased photographs and stated that “Sharma is known for his close ties with Union Minister Dharmendra Pradhan, former State BJP President Basant Panda and other senior partty members. It seems the BJP us trying to thwart the investigation by gathering evidences to save the prime accused Govind.”

Meanwhile, the House proceedings in the ongoing winter session of State Assembly is being stalled due to repeated uproar by the opposition parties over Mamita murder case.

Opposition BJP and Congress have been demanding the dismissal of Minister of State for Home Dibya Shankar Mishra for his alleged close links with Gobinda Sahu and involvement in the sensational murder case.