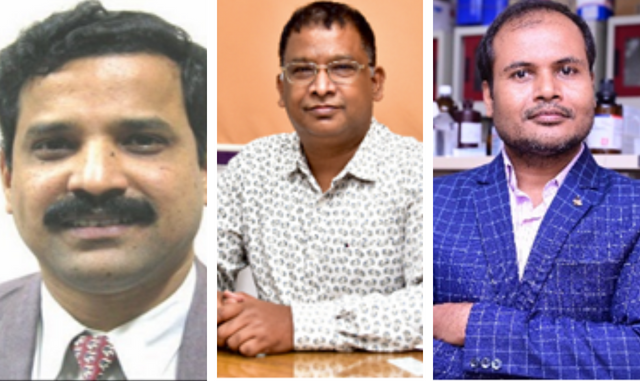 An updated citation report published by Prof. Ioannidis and his team from Stanford University enlisted top 2% scientists of scientists worldwide in Elsevier. The list is created to enlist the most influential researchers based on citations, h-index, co-authorship adjusted hm-index, citations to papers in different authorship positions, and a composite indicator for career-long impact and single-year impact. Scientists are classified into 22 scientific fields and 176 sub-fields. Field- and subfield-specific percentiles are also provided for all scientists with at least 5 papers. Career-long data are updated to end-of-2021, and single recent year data pertain to citations received during the calendar year 2021. Calculations were performed using all Scopus author profiles as of September 1, 2022. The single-year impact list includes more than 3500 scientists, doctors, and engineers from India, indicating the significant impact of Indian scientists on global research output.

Dr. Sanjeeb Sahoo, Scientist, Institute of Life Sciences, Bhubaneswar, is featured on the career-long impact and single-year impact list in the sub-category of “Pharmacology & Pharmacy” and “Nanoscience & Nanotechnology” under the category of “Clinical Medicine” for last three years, including 2022. In 2018, he also made it to the top 4000 scientists released by a US-based firm Clarivate Analytics. His research group at ILS mainly focuses on the nanotechnology-based targeted drug delivery to the tumor tissues where by using the above techniques, you can kill the cancer cells in a   lower dose with less toxicity to the normal tissue. Recently, his lab has been working on the areaphytonano medicine-based delivery system for cancer therapy. Dr Sahoo has published more than 100 peer-reviewed research papers, including review articles and book chapters in leading scientific journals of the utmost quality in this field. He has been granted 4 US patents; one EU patent on Nanotechnology-based targeted drug and gene delivery. Recently, one patented technology (Curcumin loaded polymeric sponge) for wound healing has been transferred to a Pharmaceutical company in India for commercialization.

Dr. Amaresh Panda, Scientist, Institute of Life Sciences, Bhubaneswar, was featured among the World’s Most Influential Scientific Minds’ in 2022 in the subfield “Developmental Biology” and “Biochemistry & Molecular Biology” under the field of “Biomedical Research”. Dr. Panda’s research group at ILS is working to understand the role of poorly characterized circRNAs in muscle regeneration and insulin biosynthesis. The new molecular mechanisms identified during his work contribute valuable knowledge of the post-transcriptional processes that influence human health and disease. He has published about fifty scientific articles in peer-reviewed international journals, which are highly cited by the research community, making him in the top 2% of scientists list for the last three years consistently.