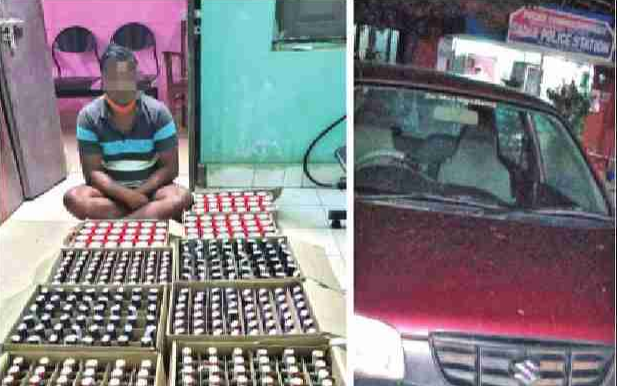 Illicit Liquor Seized In The Outskirts Of Bhubaneswar, One Held

Bhubaneswar: Police have seized a huge cache of Illicit liquor within Phulnakhara police limits in the outskirts of Bhubaneswar and arrested a person in this connection.

The arrestee has been identified as Gajendra Sethi, son of Chakradhar Sethi from Adalia village.

Reportedly, a team led by IIC Sudha Subhusa Jena conducted a raid at the place and seized around 87 litres of country-made liquor from a car.

The cops also arrested a person involved in the illegal trade. A case was registered about the same and the accused has been forwarded to court, sources said.