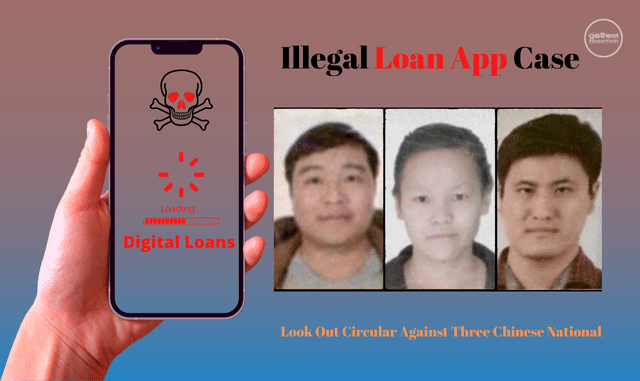 Bhubaneswar: At the request of the Economic Offences Wing (EOW), Bhubaneswar, the Bureau of Immigration (BOI) has issued a Lookout Circular against three Chinese nationals. They have been identified as Shen Zhenhua alias Tony Of Jiangsu, China, Quan Hongwei alias Paul Of Jiangsu, China and Yang Haiying alias Doris Of Sichuan, China.

Evidence suggests that they are running a similar scam in five countries— Indonesia, Sri Lanka, Pakistan, Nepal and Bangladesh. They also have links in the USA and Hong Kong. They are in the process of expanding their financial criminal network in African and Middle East countries. They operate in India in connivance with many shell companies mainly named and styled as “M/s Goodstart Business private limited, M/s Rightstart Business private limited” etc. Indians are made directors of these companies. They also take the help of some unscrupulous officials of mobile companies, Chartered accountants/ company secretary, Fintech companies, Recovery agents/ call centres etc.

Evidence suggests that these accused along with some other Chinese groups are running hundreds of illegal digital loan APPS and extorting/ abusing/ mentally torturing Lakhs of innocent Loanees mainly from lower-middle-class people.

Earlier, in this case, EOW arrested accused Nitin Mallik, Director of Good Start Business Services Pvt. Ltd. on 13.07.2022 from Hari-Nagar police station area of New Delhi. On arrest, the accused was produced before the Court of Chief Metropolitan Magistrate, Tis-Hazari court, New Delhi, and was brought to Bhubaneswar on transit remand for his production before Hon’ble SDJM, Bhubaneswar. The Court has granted four days of remand to EOW. Nitin Malik is the close associate and henchman of Chinese bosses. He used to get a huge salary/ commission for his job.

EOW will move INTERPOL through the proper channel for the extradition of these criminals to India and also alert law enforcement agencies of other concerned countries. EOW has already written twice to Google to take down the illegal Loan APPs from its play store.

In order to contain these types of crimes and to create general awareness among the public, it is hereby advised/ requested to the public not to take any loans from unregistered/ illegal loan apps available on the Internet and Playstore as the loan apps on the pretext of advancing loan, access/ hack all information from the customer’s phone, which may later be used by the company to perpetrate some other financial crime. Such loan apps also harass the customer by charging not only a high rate of interest but on failure to repay the same and harass them by sending obscene, morphed porn photographs and indecent representations of the customers to their contact list.

Hence, on the failure of repayment of the loan, the consequences have to be borne not only by the customer but also by their family members and friends/contacts. Many times money is also credited just after downloading the APP without actually asking/ requesting money.

Even if someone has already downloaded/ taken a loan, they should not surrender/ tolerate the abusive/ harassing behaviour/ torture but instead, report the matter to the police. And in no case, they should take extreme steps like committing suicide.