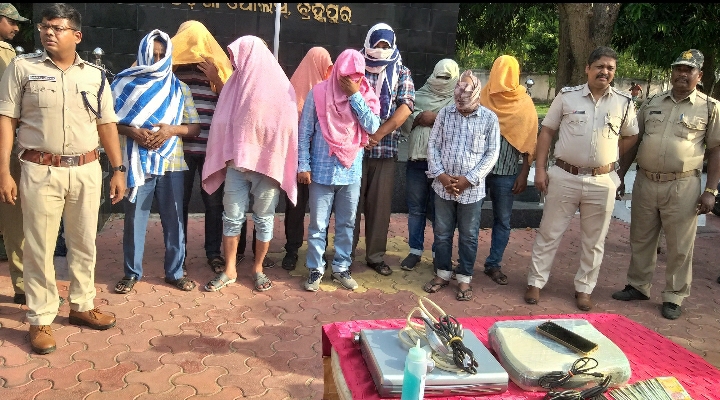 Addressing a press meet here today, Berhampur SP, Shravana Vivek M, said,” On the basis of a tip-off on illegal sex determination tests being conducted, a police team raided the house of one, Durga Prasad Nayak, at Ankuli Anandnagar.

During the raid, found that sex determination tests of pregnant women were being conducted using two ultrasound machines, the SP said adding that 11 pregnant women, who were present at the spot, have been shifted to hospital,

A total of 13 persons including the mastermind, Durga Prasad Nayak, two middlemen and one ASHA worker have been arrested and forwarded to the court, the SP said.

According to preliminary investigation, Durga Prasad Nayak, the mastermind behind the racket, is a lab technician and was running the illegal sex selection centre for more than two years. Two ultrasound machines being used to illegally determine the sex of the foetus of pregnant women have been also seized, the police said.

Akshaya Kumar Dalai and Haramohan Dalai, accomplices of prime accused Durga Prasad Nayak, used to pick up pregnant women from different places and bring them to the latter’s house for sex determination of the fetus, police added.

On Thursday, the arrested ASHA worker, Rina Pradhan, had brought two pregnant women from her village for the illegal test to Durga Prasad’s house, police said.

Of the 12 arrested, many persons employed in different laboratories, and private clinics in the area are found to be involved. During the course of the investigation, all those involved in the racket will be arrested,” the SP said. Baidyanathpur police have registered a case 164/22 in this regard.