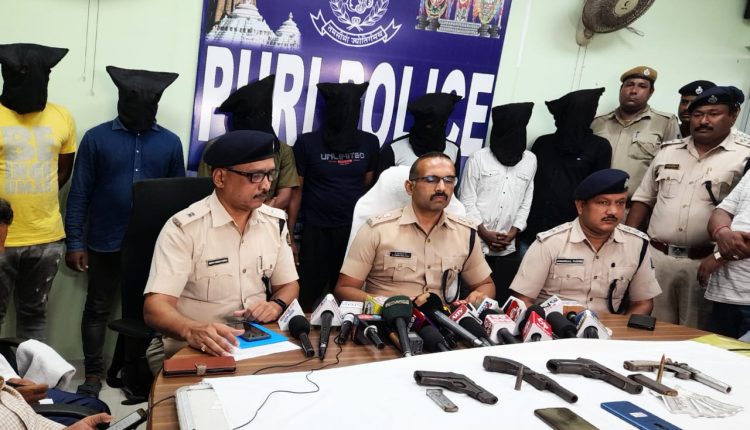 Puri: Police here have busted an illegal arms racket with the arrested of seven persons here on Saturday. Besides, four country-made pistols have been seized from the accused persons.

“Four cases have been registered against them. The accused will be produced in the court today,” said a police official.

Police said that as many as 16 firearms have been seized so far this year during the special drive, added the police official.

Brown Sugar Worth Over Rs 1 Cr Seized In Bhubaneswar