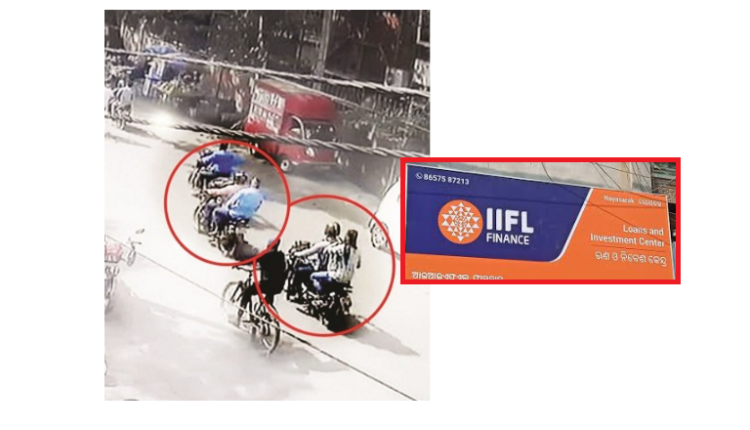 Cuttack: In a shocking revelation in the IIFL robbery case, a police official here has said that a woman official at the company is the mastermind behind the sensational loot.

The officer, who had hatched the plot for the loot along with prime accused Lala Amrit Ray, is being questioned, informed the senior police official.

According to reports, Commissionerate Police on Tuesday claimed to solve the last week’s sensational crime involving the robbery of gold and cash worth nearly Rs 20 crore from IIFL, a non-banking financial company, at Nayasarak area in Cuttack on November 19.

Police Commissioner Sudhansu Sarangi had earlier said, “We found the involvement of an insider in the case. Lala Amrit Ray, who has been working in the company for the past five years, is the prime accused and has been arrested”.

Lala Amrit Ray, the IIFL executive, allegedly engineered the robbery plan with the help of his friend Ranjan Behera, a co-accused, police said.

Amrit Ray was booked by Mangalabag police in Cuttack last year in connection with alleged misappropriation of gold in another company, where his elder brother Lala Ranjan Ray used to work.

While Ranjan Ray was arrested that time, Amrit had managed to get bail. However, IIFL was unaware of Amrit’s crime antecedent.