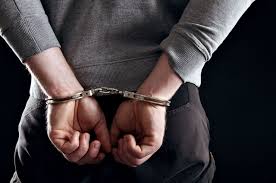 Cuttack: In another major development in the sensational IIFL loot case here, police have apprehended two more accused following which the number of arrests went up to 10.

According to available information, the latest arrestees have been identified as the owners of two gold ornament stores in Cuttack city.

Reportedly, Sarad Kumar Prusty of Manglabag and Lalit Kumar Sodhi of Alamchand Bazaar area were associates of the prime accused. During the course of the investigation, it is ascertained that the two accused used to sell the gold stolen by Lala Amrut Sagar Ray, who is working in IIFL since 2011 as gold appraiser following his misappropriation of mortgage gold of general public.

Earlier cops have arrested prime accused Lala Amrut Sagar Ray, six of his accomplices and a woman official Nilima Lenka, in connection with the case.