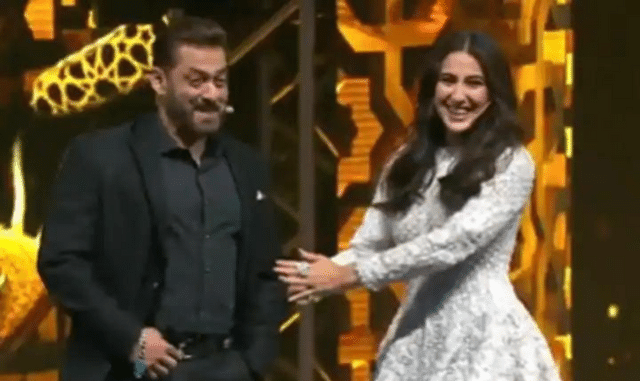 New Delhi: Bollywood actress Sara Ali Khan was seen pulling superstar Salman Khan’s leg by calling him “uncle” in a promo of IIFA Awards 2022, which will be aired on Saturday night.

In a clip shared on Colors channel’s Instagram, Sara says that she wants to launch a brand. She adds: “Salman uncle ke saath (with Salman uncle)”.

Sara then says, “Meri picture kyun gayi (why so?)

Salman replies: “Aapne sabke samne mujhe uncle bulaya (you called me uncle in front of everyone).”

To which Sara says: “You told me to call you uncle.”

Sara and Salman then dance to ‘Tan Tana Tan Tan’.

Check out the hilarious video here: