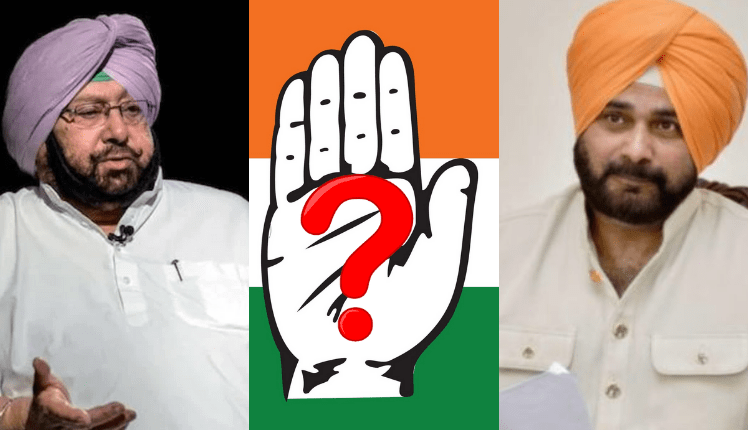 If Sidhu Is Threat To Nation, Why Cong Supports Him: BJP, Akalies Fire Salvo Over Capt Amarinder’s Remark

As Oppositions are not able to digest Captain Amarinder Singh’s ‘anti-national’ remarks against Punjab Congress chief Navjot Singh Sidhu, they questioned the Congress high command regarding the former cricketer’s position in the party.

They questioned that why Navjot Singh Sidhu was appointed the Punjab Congress chief when he was being dubbed as ‘anti-national, dangerous and unstable’ by the party’s senior leader Captain Amarinder Singh.

Meanwhile, BJP’s national secretary Tarun Chugh said, “Captain Amarinder describing Sidhu as a man having close links with Pakistan was an alarming statement. If Sidhu is a threat to the nation why is the Congress high command, including Sonia Gandhi and Rahul Gandhi, supporting Sidhu as Congress chief of a border state.”

Meanwhile, Congress has not only downplayed the Sidhu-Bajwa controversy but AICC General Secretary Harish Rawat in a series of tweets has tried to justify Navjot Singh Sidhu hugging Pakistan Army Chief General.

“A question for the provincial and central leadership of #BJP. Today the friendship between Mr. Imran Khan and Navjot Singh Sidhu is an issue because now he is in Congress. But when he was a BJP MP, then the BJP considered him as his savior in Punjab. At that time Sidhu had a great bond with Pakistan PM Imran Khan.”

“If PM Narendra Modi goes to Nawaz Sharif’s house, eats biryani, and hugs him, then it is the work of the country! If a person hugs the Pakistan Army chief general for opening the way to the religious pilgrimage site Kartarpur Sahib then it is anti-national? Why the double standards? BJP must understand this,” Harish Rawat said in his tweets.